I’m either blessed, or cursed, with the tendency to sympathize with many sides of an issue. It sure can make it hard to be persuasive  (do I really have to pick sides? As my passive hero, Bartleby the Scrivener, said, I would prefer not to). Such is the case with the recent controversy over professional sports players kneeling in protest during the national anthem.

I understand perfectly how this upsets many folks, and how it can come across, to them, as incredibly disrespectful and ungrateful – especially to those who helped win the freedoms we enjoy. I also understand that those very freedoms include the right to protest. So the irony here is that the people who disparage the kneeling protesters seem to be upset that the protesters are exercising a freedom that they themselves would agree is quintessentially American and that we should all enjoy. It’s hypocritical. But I don’t think anyone is really arguing against the right to protest. Rather, the issue is with its chosen form and venue.

Patriotic disagreements and freedom of speech issues are highly emotional and never simple (disrespecting the anthem is right up there with flag burning), and there are side considerations and corollaries to explore. Let me bring to light a few that have come to my often undecided mind.

For one, kneeling in protest over – I’m not sure over what any more (racial discrimination? police brutality? Trump’s ultimatums? The impetus keeps changing) – during the country’s most revered song at a widely-watched national sporting event that is unrelated to those broad grievances seems like a badly misdirected and overly dramatic stance. The national anthem represents this country perhaps more than anything else, save the stars and stripes. So for the players to vent their dissatisfaction during its singing is to basically thumb their collective noses at America. Is this really the aim of their protest – to say that they hate America and everything it stands for? That they hold contempt for their country?  I don’t think it is, but this is what many people understandably read into it. Don’t throw the baby out with the bath water. There are myriad good things about America and from which they benefit, but the kneelers appear to be trashing the entire American experience by targeting its anthem. Unhappy with race relations in this country? That is a valid and reasonable concern. Your complaint would be better received if it were in a venue more commensurate with the offense. I don’t think professional sports organizations are a huge offender in the racial discrimination department. Maybe try a Trump country club.

Secondly, let’s remember that these people are protesting while at work. Yes, playing sports is a job for them (and a well-paying one, at that). They are representing their sport, their team, and their league when they are in that uniform and on that field. Is it appropriate, then, for them to choose such a time and place in which to protest – while on the clock representing their employer? Would it be OK for me to go to work tomorrow and tell all of my customers what an asshat Donald Trump is (please, can I? Oh wait, they probably already know . . . ) Might I not be reprimanded and ultimately fired for continually doing so? You won’t hear me saying I agree with Trump very often, but on parts of this issue, I do. The anthem-kneelers should indeed be fired, after being adequately warned, if they continue to protest in a venue where they are being paid to be professional. Politics, religion and other controversial topics have no business in a professional workplace. If team members want to protest, they should do so as private citizens and on their own time, representing only themselves. 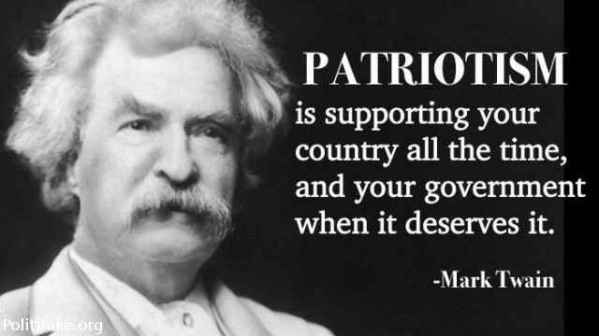 Lastly, you can catch more flies with honey than with vinegar. I don’t think the protesters are really helping the causes they care so much about, because they are choosing too provocative and unfocused a disobedience. They would no doubt argue that the seriousness of the problem (i.e. racial injustice) warrants a national stage. It does. However, I think they could find more effective outlets for their message, especially given their high public profiles. They could also find forms of expression that don’t paint themselves as America-hating ingrates. And while I understand that they may not be protesting on their own behalf (after all, they are wealthy and famous American success stories) but on behalf of less-fortunate others, their protest still comes across as more about them. Protest specific policies. Protest specific politicians (and presidents). Protest specific sources of discrimination in more specific places. But don’t damn the entire nation in one blanket protest aimed at our most revered symbols of patriotism.

We all have a right to freedom of expression, but there is a time and a place for expressing ourselves effectively. Because these players made poor choices, everyone is discussing the wisdom of their provocative actions rather than the merits of their justified cause.